Prior to graduating in 1980, I worked in the construction industry for several years, with C H Dobbie & Partners, Consulting Engineers, BP Chemicals, and Wimpey Construction UK Ltd on Civil and drainage infrastructure projects

After graduating in 1980, I joined Chapman & Smart, Consulting Engineers, where I worked on a variety of building projects. These included a sheiks palace in Saudi Arabia and several residential and commercial buildings including a few superstores in South Wales.

In 1982, I joined Grove & Wright, Consulting Engineers; where I was Project Engineer on a variety of developments for retail, commercial and Industrial buildings together with several structural assessments of grade 1 listed building’s for refurbishment projects.

In 1988, I joined Ove Arup & Partners as Senior Structural Engineer and Project Manager on many notable projects and worked within a multi-disciplinary group.

On the Cardiff International Arena, I was Senior Structural Engineer and assisting the client with the project management that demanded particularly tight financial control and complex co-ordination of other disciplines.

In July 1994, I spent several months in the Philippines on the Pagbilao Power Station project assisting a Hong Kong based contractor with a pro-active role of co-ordinating and accommodating design changes. This also included construction programming with design co-ordination and financial / project management.

Between 1995 and 2002, I worked mainly in Jersey on major projects which included a 800-space underground car park. Three office developments, a 170 apartment housing scheme and a multi-span concrete bridge design which involved Marine Engineering design and wave impact assessment.

Most of the projects were steel frame structures with the exception of NCM Headquarters and Scott Harbour Phase 1 buildings in Cardiff Bay. A 10 storey apartment building in Swansea Marina and a Jersey Housing Project in the Maritime Quarter which were all multi-storey concrete framed structures.

Stewart Consulting was founded in 2002.

The work has varied over the past eleven years ranging from various Housing schemes and apartments, retail units, Office accommodation, Hotel and leisure complex in Jersey.

I have been associated with other consultants in the UK together with Rowecord Engineering steel fabricators on a wide range of heavy industrial projects at Corus steelworks, Port Talbot and Celsa steelworks in Cardiff. 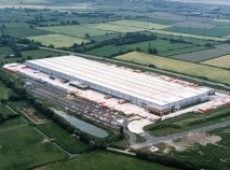 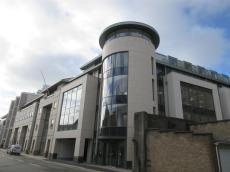